The world of work, processes, organizations and even professions are constantly subject to evolutions, transformations and therefore changes. These changes must be driven to foster acceptance. The implementation of the participative approach seems to be a relevant and coherent lever to promote the acceptance of a change.
What is a participative approach ?
The participative approach aims to bring together the greatest number of people concerned around the change project to involve all stakeholders.
It relies on the group, and in particular on collective intelligence, as well as on management which leaves room for initiatives and is benevolent.
To ensure proper use, the person in charge of the change management must be able to respect and transmit the 2 fundamental principles characteristic of the participative approach.
First of all, this approach must lead to the participation of the different actors. To increase the acceptance of a change, it's preferable that the actors are involved throughout the project. To promote and enhance participation, discussions must be based on: listening, understanding, trust and freedom of expression. 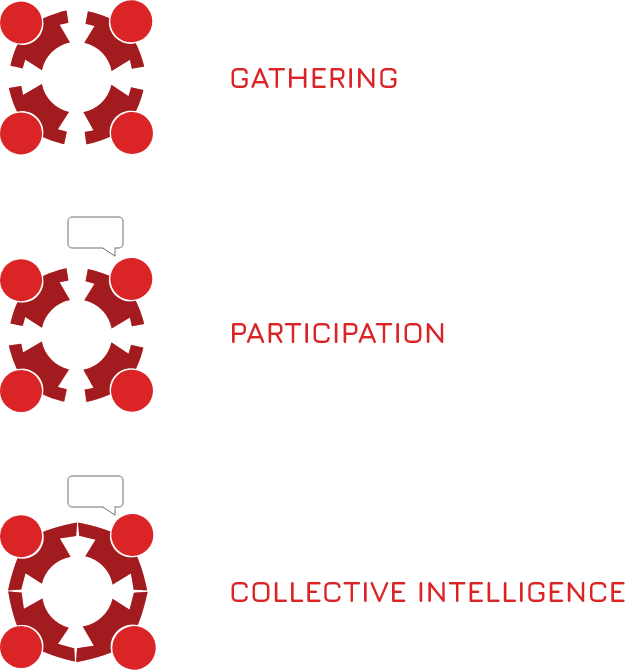 Putting the collective forward will be crucial. The whole change project must build on the strength of the group by focusing on the strengths and skills of each at the right time. It will be essential to create real cohesion between the different working groups without forgetting the inter-cohesion group which will be necessary to make the project viable. Discussions should be based on the same language and culture to facilitate interactions and decision making.
As part of a project to integrate new physical assistance devices such as exoskeletons, the implementation of a participative approach seems to be a good lever to increase the acceptability and, ultimately, the acceptance of users. It allows users to feel involved in the project, by proposing elements of reflection and improvements to better adapt technologies to activities. Throughout the implementation of the project, users will be involved and integrated through working groups.

DISCOVER ALL OUR BLOG ARTICLES